Rusty Smith is a graduate of Florida Atlantic University with a BS in Management of Information Systems.  He and his wife, Nicole, have three boys, Rustyn, Camdyn, and Koltyn.  Rusty works along side the entire staff to keep the computers running on a daily basis. Rusty played Football at Florida Atlantic University for five years, and then continued playing professionally for four more.  He has always known that God was pulling him toward coaching High School Football to be a strong Godly role model to the players and students that he comes in contact with on a daily basis.  Rusty has been the Head Football Coach at GCA for several years.Two verses that are very important to Rusty and how he lives his life are Isaiah 41:10 and Hebrews 11:1. 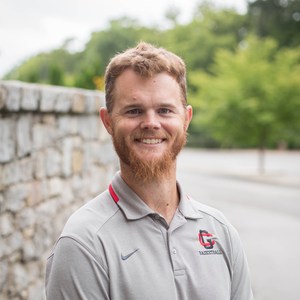