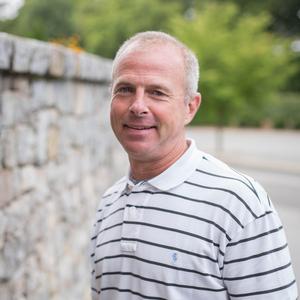 GCA Head Baseball Coach, Brad Myers, was featured in the Franklin Homepage, presented in the WillCo Athletic Spotlight! Click this post for the full story.

In this spotlight we are presenting Grace Christian Academy baseball coach Brad Meyers.

Myers took his GCA Lions to the TSSAA state tournament for the very first time this past May. He also serves as the Director of Development for GCA. He was with Battle Ground Academy before arriving at Grace Christian and won a state title with them in 2012.

Two-part question coach. This year you took the team to the state tournament for the first time. How has your this impacted your team? What are your goals for next season?

BM: The work put into making it to the state tournament has been a four-year process. All of our past players had a huge part in this. This year’s team was the definition of sticking with a system and trusting in the process. The guys knew coming into the season that the schedule we had was as difficult as any team in the state. With that being said, we had a couple injuries and were put in a position of losing more than we were winning. We were not use to this. The guys had two choices; fight through it or throw in the towel. Fortunately they decided to stick with the process, fight and show up everyday ready to compete.

There were some great lessons learned along the way. We all want instant success, and instant positive feedback. This season was not that. Instead they had to stick with each other, struggle, fight, fail and keep coming back for more. That is a lesson that these guys will always remember. If we would have played an easy schedule go 30 and whatever none of this could have happened. It is all about perspective and process.

Making it to the state tournament was a huge reward for the guys. When we played our first varsity schedule five years ago we were talking about making it to the state tournament. Not sure how many people really believed but our guys did. We have continually told our players “there is nothing like playing the 3rd week of May in Murfreesboro for a State Championship.” To a player I think they would agree and now they have a taste.

As far as goals go, we will sit down with the seniors first and discuss, what as a team and individuals do we need to work on as far as being better classmates, sons, brothers, and followers of Christ. Then we will decide what this looks like on a daily basis. Each of the guys will have specific things they will work on.

Then we will move on to the team. Not one of the previous goals or actions has to do with baseball. Once we set those goals we will move on to the baseball aspect. If we take care of being better individuals on a daily basis the baseball stuff will take care of itself just as it has in the past. District, Region and State Tournament appearances will continue and hopefully a State Title is close at hand.

Can you share the dynamics of how you and your assistant coaches manage your team?

BM: First off our staff is unbelievable. Reese Smith, Blake Crigger, and Chase Headley are phenomenal. To go through all their accolades would be a story in itself. (over 20 years combined experience, MLB  Gold Glove and Silver Slugger, college players, State Championships as players and coaches etc. etc.). Their baseball knowledge is through the roof but more importantly they are great examples off the field.

When we practice and play one of our main priorities is for the guys to have fun.  If some of my former players, when I first started coaching, heard that they would think I had lost it. But the more you do this the more you realize that if you are going to expect as much as we are, they better be having some fun. If you were to come to one of our practices you would see our guys getting after it but you would also see them competing and having fun working hard.

All of the coaches are on the same page; our first goal is to make these young men better individuals on and off the field. Discipline is the key. Somewhere along the line discipline has turned into a bad word. Nothing great can be accomplished without it. Our guys know they will be asked to do things they do not want to do. Once they get over doing things they do not want to, it becomes a habit. When you create enough good habits then we are changing not only ourselves but those around us for the better.

As far as the dynamics of how we manage; it all starts with having relationships with the guys. They have got to know that you love them, you trust them and you are for them before they will listen and buy into what you are telling them. You can have all the baseball knowledge and managerial skills, but if the players do not know you are in their corner and fighting for them, you are fighting an uphill battle.

Every year we tell the guys this is your team, how do you and this team want to be remembered. They pick Bible verses and some things that they think applies to the team and we go from their.  They decide and we map out how we as a staff can help them make it happen. Every year it comes down to our teams wanting to be known as a team that will: play hard, aggressive, not quit, represent their maker, family, and school in a positive light. In order to make those requests happen we have to get after the guys hard and have very high expectations.

I would say we have a good balance of me being the bad guy and the other coaches picking the guys up. Every once in a while the other coaches will let it go and it is good to see how the guys react. For the most part we let the guys play and if they are playing hard we leave them alone.

None of us are big screamers. They know they jacked it up. No one feels worse than the kid that messed up.  What good is going to do to get all over him. Now if a player is not running out ground balls, to his position, questioning umpires or making mental mistakes because he is not into [the game], then we have a problem and they will be hearing from one of us loud and clear.

Can you share some out of the sport successes of your students-athletes (educational, community involvement, etc.)?

BM: We try to help out around Grace Chapel and school as much as possible as a team. Last year we traveled down to Stoneman Douglas HS where the school shootings took place and presented their team with a little plaque and Bible verse, that was pretty special and much appreciated by them. We also go up to Cincinnati, play a few games and work with the Boys and Girls Club in Hamilton, Oh. We have also taken a few of the baseball guys down to the Dominican Republic to Josiah’s House through Score International on missions trip.